“Let us lose friends now and gain others as we move forward,” President Kenyatta states

The iPhone 7 with Airpods. Are they any good?

The iPhone 7 (and Apple Watch Series 2) is out of Cupertino. Despite LG trying to sub the big launch with the LG V20, news of the Apples got out pretty well, as usual. Your grandfolks probably know about the iPhone 7 already.

http://01technosys.com/product-category/speaker/?product_orderby=date We wrote about the much-leaked specs of the 2016 version of the iPhone and guess what, almost all of them were spot-on.

First, their design is not too removed from last year’s iPhones. Other than the antenna bands that were moved to the back edges of the device, not much else is different. The back now curves to meet the camera humps. And for the iPhone 7 Plus, there are dual sensors aback.

Both iPhones are also now water resistant. They can survive the occasional splash and not submersion, with an IP67 rating. The speakers are also now stereo.

The Home button too has changed. It no longer clicks in as a traditional button does. It is now touch and pressure-sensitive with haptic feedback to keep the button feel. This, again, hasn’t been so popular among the fans.

The new iPhones sport a new quad-core A10 Fusion processor and 3GB RAM. The battery life of the iPhone 7 is said to be two hours longer than the iPhone 6S while its bigger sibling, the iPhone 7 Plus is said to have a one hour advantage over last year’s flagship. Storage gets a bump too, with the lowest being 32GB up from 16GB and the introduction of an incredible 256GB option.

The selfies camera is now 7MP up from 5MP in last year’s phones. The back camera gets dual 12MP cameras for the 7 Plus, one wide and the other telephoto for amazing zoom (up to 2X) and focus capabilities, just like the G5 and other Android phones that pioneered here.

Obviously, the biggest most controversial change is the absence of the 3.5mm audio jack. Apple ditched the archaic port in favour of Bluetooth headphones it launched alongside the phones and the smartwatches, called AirPods. Apple isn’t the first company to ditch this port. Motorola has done it, but Motorola doesn’t have as huge a following as Apple. So it matters when Android’s main rival ditches the universally unspoken norm of audio standards in favour of what is being called the future of audio. 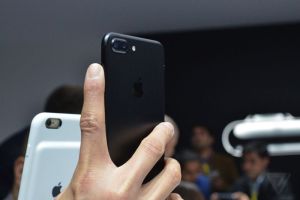 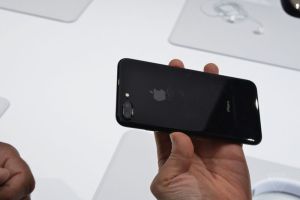 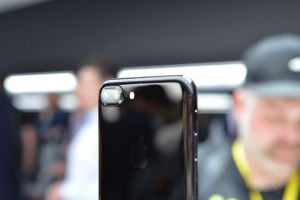 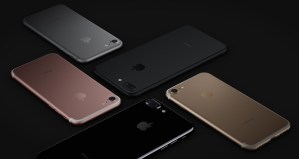 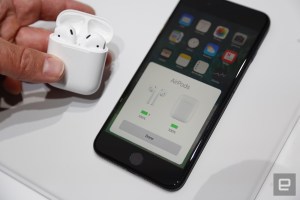 They don’t come bundled and go for $159. They are basically wireless headphones that hope to change the horrible Bluetooth experience we all know of by virtue of being Apple.

They look like the traditional wired Apple Earpods and reports say they sound just fine. They obviously won’t blow the thousand-dollar headphones out of the water. They apparently run for 5 hours on a single charge and the case they charge and store in keeps enough juice for 25 hours of head-bobbing to Apple’s ‘courage’. Pairing is easy enough, with the iPhone prompting you to connect as you open the case.

Obviously, there is the chance you could lose them, owing to the fact that they’re small and wireless. But apparently, pulling one out of your ears stops playback as they have sensors to know when you have them on. They are have mics built-in with noise-cancellation too. They are also touch-sensitive, this capability allowing you to activate Siri hands-free by double-tapping the Airpods. 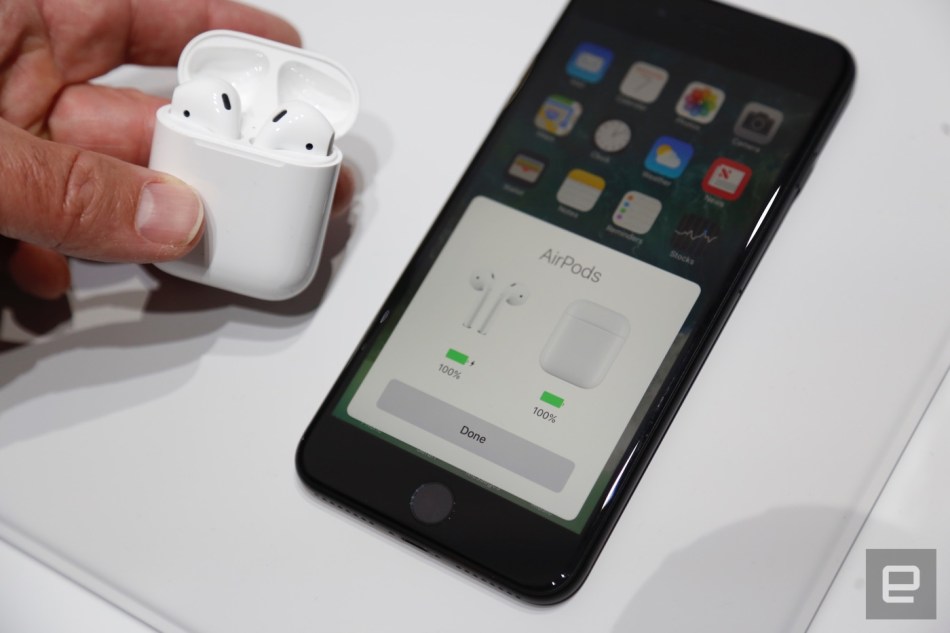 Thankfully, both phone come bundled with Lightning Earpods and a Lightning-to-3.5mm adapter for the tons of headphones already out there. You may question Apple’s ‘courage to move on’ but only time will tell how this fares. Chances are they will sell tons of iPhones despite being mavericks.

You could pre-order the new iPhones beginning this Friday, and they will be available starting September 16th. The iPhone 7 goes for $649 for the entry-level 32GB model while the iPhone 7 Plus starts at $769.

Tell us in the comments what you think about the new iPhones and the Airpods.

Google is set to train 5,000 youth in Mombasa in Digital Skills as part of their Grow with Google programme. More...

In May, Tanzanian bloggers lost an appeal that had temporarily suspended a new set of regulations granting...